Despite the recent rumors, SRT chief Ralph Gilles has declared that the Dodge brand won’t be dropped. There have been a few rumors going around as of late claiming that Fiat is considering a plan to kill off its Dodge brand in the near future, perhaps as early as 2016. “Hogwash,” according SRT chief Ralph Gilles. While on a trip to meet with members of the Viper Club in Europe, Gilles responded on Instagram to these rumors, stating, “All rumors, Dodge is here to stay! It may get more focused going forward but not killed!” With that sigh of relief, Gilles’s claim about the brand becoming more focused probably refers to the upcoming deaths of the Grand Caravan and Durango.  END_OF_DOCUMENT_TOKEN_TO_BE_REPLACED 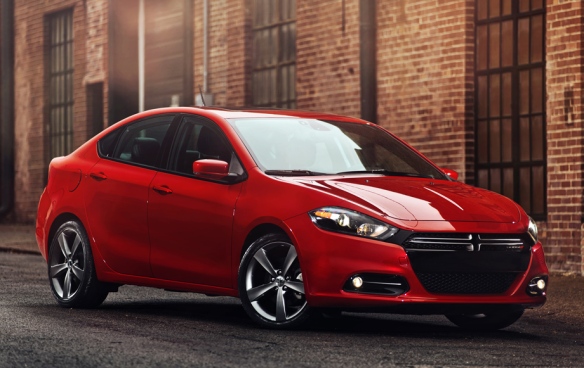 The new 2013 Dodge Dart has been receiving a lot of well-deserved attention from the auto industry and critics worldwide for its sophisticated technology and luxurious available features.  The 2013 Dodge Dart offers everything you are looking for in a new car and much more.  In the 2013 Dodge Dart you can expect to find incredible features and amazing style at an affordable price. END_OF_DOCUMENT_TOKEN_TO_BE_REPLACED