It seems that since 2000 silver has been the most popular color for car buyers worldwide (I just happen to own a silver car). Henry Ford stipulated that those wanting the Model T could have any color they wanted as long as it was black.  That certainly made things a little easier on him and on the car buyer.  It is thought that he chose black paint because  black paint dried faster and allowed Henry Ford to produce vehicles more quickly.  Black may have also been chosen because it was less expensive and Ford, being a good businessman, was able to pass that on to his customers.  This is of course speculation and I have found no real proof to support this theory.     Before 1913 the Model T could be purchased in Brewster Green,  Red,  Blue and Gray but not in black.  The most popular color in North America for the past 3 years has been white, and black is gaining popularity on a global scale.

Yes!  Car thieves have certain colors of cars that they go after and unfortunately it is the same color buyers go for.  That’s right, you guessed it, silver, white and black cars are more prone to be stolen than other colors.  These colors have the highest resale value and thieves know this.   Bright colors are less likely to sell plus you could more easily spot a bright green Camaro over a silver one. 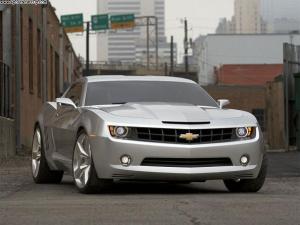 I purchased my silver car because I had a red one that people kept running into.  So I decided that it must be inciting anger and they wanted to kill me.  I went with silver so that people would be certain to see me night or day.

I haven’t found any research to prove certain color cars are safer than others; however the statistics seem to show that lighter color cars are in fewer accidents.  Many people believe that certain colors and makes of vehicles will cause an individual to take more risk while driving.  This may be true as well, but again there is no definitive proof.

In the end everyone chooses a car color for their own reasons.   But this may help you make a decision if you are looking for a car and not sure of what color to choose.  How about hot pink!